This past May, my husband and I took a trip up to Bayfield because we were on a mission to see several waterfalls in Wisconsin and Michigan. While bumming around the town, we asked locals what they suggested for a decent place to grab a snack. Maggie’s and one other place, of which I cannot recall the name, were the top options.

After some debate we ate at Maggie’s. My first impression was that we had made a great choice because the atmosphere was fun with a tropical flare. There were quirky decorations and flamingos on almost every surface. I was pleased upon inspecting the menu, because they had some decent gluten-free options.

Our waitress came to the table to take our orders, and I discussed the gluten-free menu items with her. In the end, I told her I would like to go with a pepperoni and pineapple gluten-free pizza and a piece of the flourless chocolate torte. I was sure to tell her I have a gluten intolerance. My husband ordered a burger and onion rings.

The food did not come out as quickly as we would have liked, but it wasn’t a ridiculous waiting period either. At first bite of my pizza it was clear that the crust was barely cooked. The majority of the center was still raw dough and hardly warm. I flagged our waitress down and let her know that it was not completely cooked. She simply stared at me and offered no thoughts, so, feeling slightly irritated and hating to make a scene or send food back, I brushed it aside and said, ‘fine, I’ll just eat it without the crust’. I was not thrilled since they charged me extra for an uncooked gluten-free crust. I know that I should have made a bigger deal about this and that it is my fault for settling, but I have learned my lesson and will speak up more if this ever happens again.

My husband liked his food. He said the onion rings were decent, and the burger was filling. I was not happy with my food. At one point a manager stopped by our table and asked how things were. I told him the crust on my pizza was not cooked. The waitress came over and got involved in the conversation saying that the cook asked if I had wanted it cooked longer and she told the cook I was fine with it the way it was. The manager walked away, and I became quite irritated to find she didn’t even give me the option to put it back in the oven, and that the manager would brush this off. On top of it all she asked if we wanted dessert, which I had ordered with my pizza and never received. I said no, and we paid our bill and left. They charged us the full amount for the crust that was inedible.

I rarely complain about service at restaurants, and I like to give staff the benefit of the doubt if things are busy and get a little rocky, but this place was not busy and they have no excuse for their horrible service. I have never been so letdown by a waitress in my life, not to mention the manager who did nothing. There is no excuse for poor food when it’s brought to the waitress and manager’s attention. Restaurants rely on positive experiences and word of mouth to bring in new people.

If you happen to visit Bayfield and Maggies, feel free to let me know what your experience was like. This may have been an isolated incident but I’m struggling to find the desire to visit Maggie’s ever again. 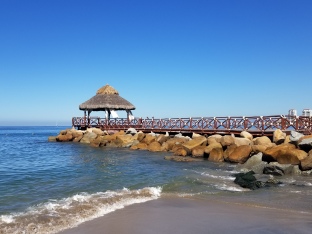 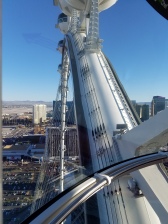 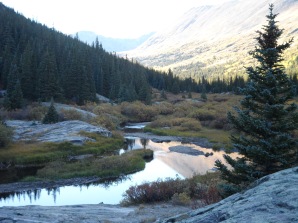 Went to the Elton John concert on March 23rd. So much fun!
BEST. GIFT. EVER! My sister rocks!
I still maintain that Glossy Box is one of the best makeup subscription boxes available. They give you great value for what you pay, and you gain points by taking surveys, which convert to dollars you can use toward boxes or other items. @glossybox_us #glossybox
I'm ready, let's do this!
Beginning the Halloween transformation process.
Birthday nap with a cat. There's not much better than this warm and fuzzy feeling.
Loading Comments...